My question regarding logic, are all conclusions arrived at based on logic alone? If I have a jigsaw puzzle of 100 pieces and I have 95 pieces in place can I still tell what the picture is? Trump saying the virus would go away many times over in a 10 month period and not 1 single person around him said that was wrong? People claim they werent close enough to observe the count, then how would they know there was fraud if they couldnt see the count? 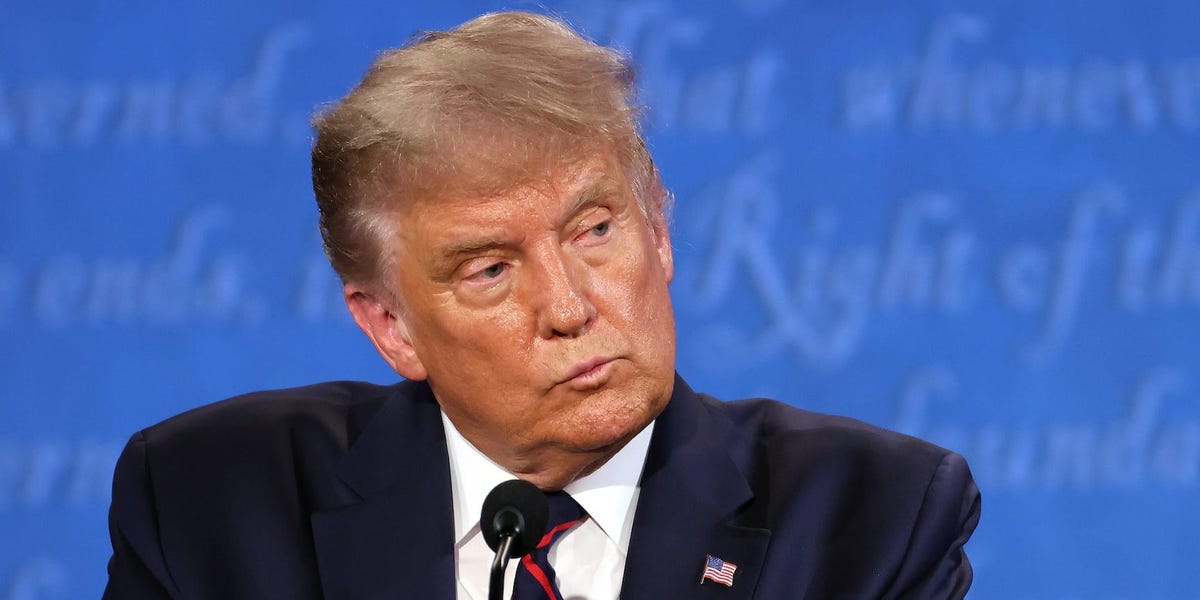 Trump and his allies filed more than 40 lawsuits challenging the 2020 election results. All of them failed.

All, but one case, was lost or thrown out because they lacked "merit or evidence". Many of the judges who ruled against the campaign are conservative judges appointed by Trump. Georgia, Arizona, and Penselvania are conservative states with their election rules and voting process set by Republican state legislatures and verified and certified by a Republican secretary of state. Not all the contested states used the same type of vote counting machines. The vote counting machines in question were used in places Trump also won.

There wasn't fraud and there wasn't a deep coordinated effort to steal an election. Trump lost, and he lost, by his own measuring stick
, "by a landslide".

The assumption has always been that it will go away. However, some are now saying it will be with us forever.

The how would you know is the point.

treegongfu said:
The assumption has always been that it will go away. However, some are now saying it will be with us forever.

The how would you know is the point.
Click to expand...

As you pointed out, Trump gave a time frame several times. The how would you know is the point, I know because those times he mentioned have pasted and the virus is still here. The definition in my dictionary says , the science of reasoning. Doesnt it stand to reason that somewhere along that 10 month time line at least 1 person told him it wasnt going away and he was wrong. If he thought they were wrong what did he base his conclusion that they were wrong on?

treegongfu said:
Well. I'm reluctant to take on the role of Trump defender for numerous reasons.

However, if I must: I'm not sure exactly what he said but I have seen numerous reports of irregularities that suggest with a high degree of plausibility some sort of voting fraud.

I like this question better just not sure of my ability to answer it.

First a question of my own. Is logic, itself, white patriarchal supremecy?

I believe the vanguard of the ideas you are exposing state things like that in ernest.

I spent some time with a dictionary and all. Asked wife who has a masters degree in philosophy she shook her head said go away. Here is my best shot. My western thought/ logic isnt cutting the mustard.

treegongfu said:
The assumption has always been that it will go away. However, some are now saying it will be with us forever.

The how would you know is the point.
Click to expand...

Are you being serious or just spoofing us with a moving target that doesn't exist?

Up or down question do you BELIEVE Trump is a straight shooter and 81+ million people misjudged him and made a mistake by voting him out?

evo said:
The vast majority do not fit neatly into boxes.
Click to expand...

Exactly. But to a Trump conservative, anything left of extreme right must be a socialist liberal. Which I take offense to because I have historically worked pretty hard to be more of a middle ground kind of person. They have only assured that people like me will now stand against them. Was it just a stupid assumption on Trump's part the the middle doesn't like to fight? Or was it his bloated ego? I'm pretty sure that the middle shows up to fight like everyone else when we go to war.

The Trump cult will ultimately be responsible for its own demise, not just because they're stupid and full of hate, but because their leadership's primary tactic is that of a child - to kick and scream and call names. They are losing this war, and losing BAD. How many confederate monuments have come down recently? Who is the new President? What color is the Vice President? Who controls the House, the Senate, and the White House now? Which party is completely fractured with longtime members leaving at a record pace because of Trump's public conduct? Which movement got nominated for a Nobel Peace prize? Which people are getting canceled from social media? How many pro-union civil war documentaries are being aired on cable each month? Hell, even the Ole Miss coaching staff stood up for their players when they took a knee. What in the heck is happening down there?!?! Hell must be freezing over, and despite Trump and his herd, the cold dark cloud of hate is obviously lifting. It not the deep state doing this, it's the middle speaking to you now. LOL, the Trumpies are losing, and the best they can muster up is to trespass on federal property and get caught and indicted for it. Anyway, because they label [normally] reasonable people like us as socialist or liberal, some of us have quietly vowed to help speed up their decline in any way possible.

As for them being stupid, here's one for you. Some of the people arrested for the Capitol riot DIDN'T EVEN BOTHER TO VOTE IN THE ELECTION. Anyway, argue all day and night, but the reality is that the Trump movement is full of idiots, it is dying, and GOP is dying with it. Great job. 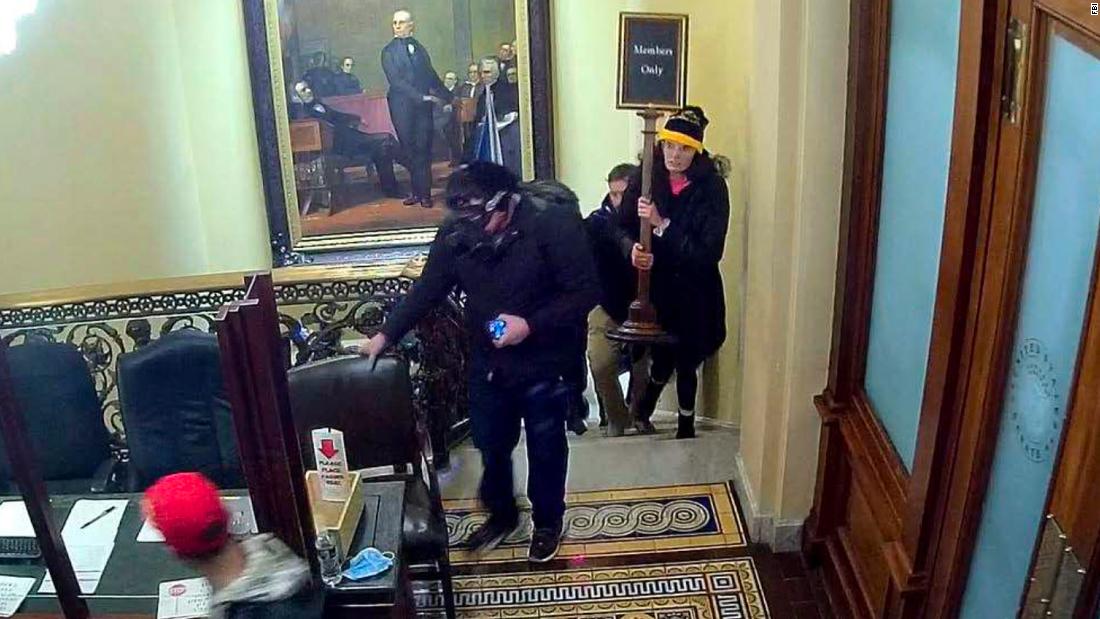 Some arrested in Capitol siege didn't vote in 2020

They were there to "stop the steal" and to keep the president they revered in office, yet records show that some of the rioters who stormed the US Capitol did not vote in the very election they were protesting.

OwScott, you were asking multiple questions, when answering them I didn't make it clear I was switching to the next question. I thought it was but it wasn't.

Too much work to go back and explain. The ruling is likely to undercut the Trump campaign's case in federal court contesting the results of the election.

This article seems to refute the politico article
Click to expand...

Did you read the article? The republican observers, as well as their democratic counterparts, were allowed in the room to watch and observe. The Repubs sued to get physically closer to the poll workers.. No shit.. The court ruled that the Legislature (republicans in Penn) had left it up to county election boards to make these decisions. Basically the republicans wanted to change the rules, which they had set, in middle of the game..Lets also remember that it was none other than the Republican lead legislature in Pennsylvania that dictated that mail in ballots be counted LAST.

I was clearly wrong about the legality of keeping the moniters away. I only knew of the first case not the ruling by Supreme Court that ruled it was legal under state law.

Too often the tensions in these polarized threads leads to the admonition to 'look at these Facts!' That''s followed by the rejoinder from the other side of 'Those are opinions not FACTS!' The integrity of the fact-presenter is challenged too. This information has been presented in many forms. Seems pretty dang credible.

When I was in college my macro econ prof was Walter Heller. He taught Keynesian Economics. Over the decades since then what I learned has seemed to be accurate. Add or subtract money on one side of the equation and there is a result on the other. He taught us how what has become to be known as trickle down wouldn't work...and this was in '73

As I read the article I couldn't help seeing a metaphor to buying a rigging rope. Buying one too small or using a worn out rope is bad economics. Buying one that is a little bigger than you need doesn't cost much and what's the down side? A bit of bulk in the rope bag? no down side to me. 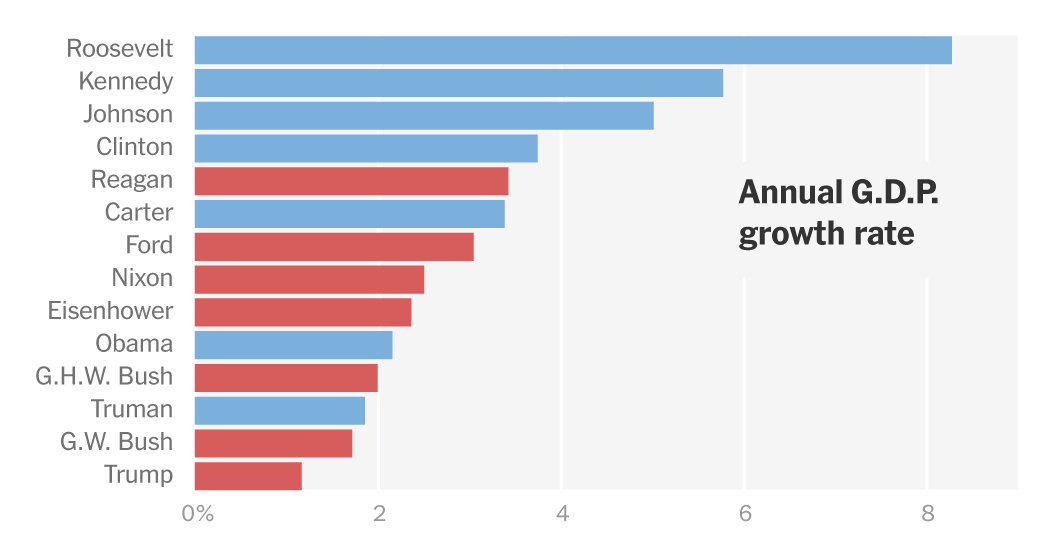 Opinion | Why Are Republican Presidents So Bad for the Economy?

G.D.P., jobs and other indicators have all risen faster under Democrats for nearly the past century.

Does anyone think Trump is "stable"?

Of the roughly $90 million they raised, 40 went straight to their pockets/new homes. THIS is the swamp. Trump simply threatened their gravy train.

F**k these guys. Cons, grifters, accomplices, enablers and straight up pedos. Real moral compasses they are.

I think Trump created their gravy train. The Lincoln Project was created as a "conservative" lobby/PAC aimed at Trump. George Conway's wife was in the administration - she coined "alternative facts".

Of the roughly $90 million they raised, 40 went straight to their pockets/new homes. THIS is the swamp. Trump simply threatened their gravy train.

F**k these guys. Cons, grifters, accomplices, enablers and straight up pedos. Real moral compasses they are.
Click to expand...

So are you saying their personal conduct invalidates all the valid critics of Trump? Let me be clear I entirely condemn any form of sexual harressment and dishonesty. I just dont connect the dots. Either their critics of Trump are valid based on the facts they present or they are not. Some Trump supporters openly admitted they dont care about his behavior, banging porn stars grabbing women by the p*****. They just care about the job he is doing. Same thing other than Trump was the POTUS. Your last line, you talking about the GOP right? Anyhow havent seen you post in a bit. Was wondering.

owScott said:
So are you saying their personal conduct invalidates all the valid critics of Trump? Let me be clear I entirely condemn any form of sexual harressment and dishonesty. I just dont connect the dots. Either their critics of Trump are valid based on the facts they present or they are not. Some Trump supporters openly admitted they dont care about his behavior, banging porn stars grabbing women by the p*****. They just care about the job he is doing. Same thing other than Trump was the POTUS. Your last line, you talking about the GOP right? Anyhow havent seen you post in a bit. Was wondering.
Click to expand...

This pretty much sums it up. Toss as many as possible into neat clean little boxes, and label them for their short comings. Viola enough strife and conflict with pointing fingers is born, and you can manipulate the masses. Pick your poison, both ‘isles’ are corrupt.

evo said:
This pretty much sums it up. Pick your poison, both ‘isles’ are corrupt.
Click to expand...

This is basically my point.

These frauds pretend to own the moral high ground and have the gall to lecture half the country about decency all while bilking their donors and knowingly covering up the multiple sexual predations of their founder.