A large coast redwood with near-zero taper. It's about 15 ft. dbh. This tree is part of the reason I chuckle about an "18 footer" list one other guy is assembling, who also explores in the redwoods. His thing is finding every 18 footer and bigger. But he excludes a 17' or 15' tree even if it's 50% larger by volume. This one is called the "Nitro Express" after a certain .700 cartridge.

mdvaden said:
Your reply made me realize that I have posted very few photos here. Although this was titled for 2015 forward. This is one one of a few friends returning to the redwoods for the holiday season in a couple weeks. Maybe we will get a few more photos if the weather isn't freezing like last winter. 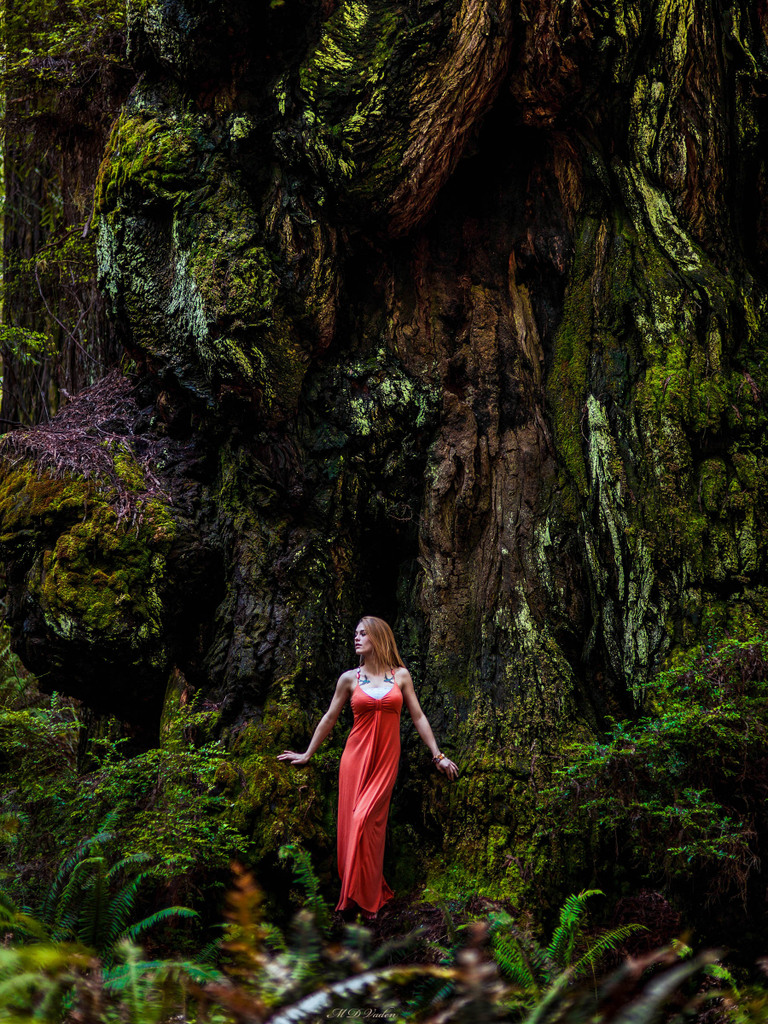 mdvaden said:
A large coast redwood with near-zero taper. It's about 15 ft. dbh. This tree is part of the reason I chuckle about an "18 footer" list one other guy is assembling, who also explores in the redwoods. His thing is finding every 18 footer and bigger. But he excludes a 17' or 15' tree even if it's 50% larger by volume. This one is called the "Nitro Express" after a certain .700 cartridge. View attachment 52553
Click to expand...

That is what we call a pumpkin. Scale for days!

Humboldt Redwoods from last week. Taken with the Canon 5DS. Next month I will be getting the new Canon EOS R in addition. Should be enjoyable to use. 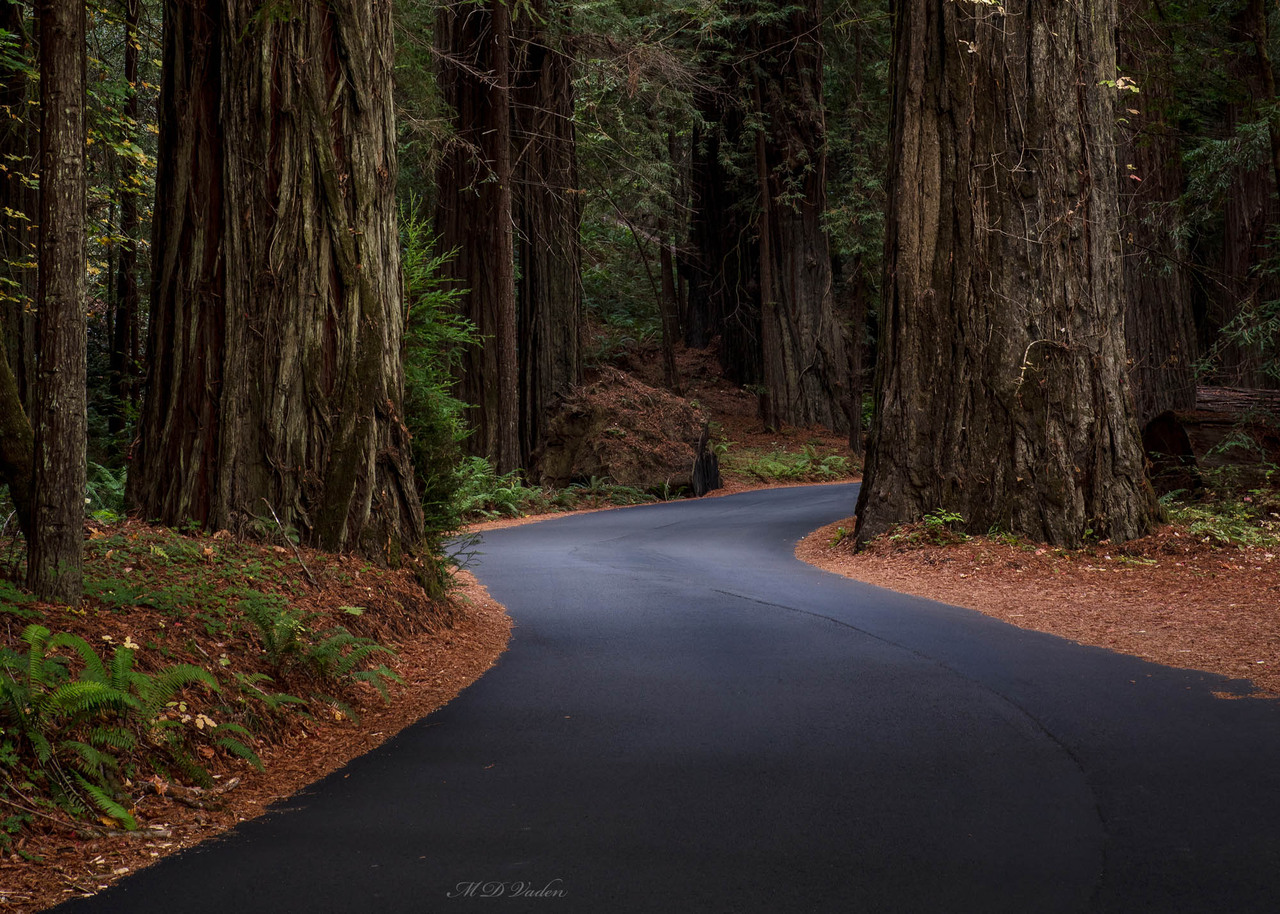 Is that a perspective correction lens? Looks like it. Very nice!

In a way, yes. It's more of lens that eliminates the need for correction. Some try to correct tilted building and trunk lines with software, but the computer correction tends to lose up to 1/2 the file and resolution, whereas the lens enables keeping the entire file. This lens is sometimes used in towns or other, for a miniaturized effect, or to angle what's in focus.

Recently, I used this lens for a product shoot for about 9 Cannabis buds, where the tilt shift worked even better than macro.

mdvaden said:
In a way, yes.
Click to expand...

Cool. I figured it was something very similar. My father was an architect (a professor of architecture and engineering) and had a few perspective correction lenses for his SLR (film) cameras, back in the day. Mostly F-body Canons, but a Nikon and a couple of Pentax, as well.

Long before the digital era, so before any computer enhancement/correction software.
Last edited: Dec 2, 2019

JeffGu said:
Mostly F-body Canons, but a Nikon and a couple of Pentax, as well.

Long before the digital era, so before any computer enhancement/correction software.
Click to expand...

Every lens I used last week in the redwoods was an older lens. The tilt shift was an older design, although still the relatively recent "EF" mount still in use today.

But I also adapted a 1970s FD 300mm lens for shots like the following. Very narrow depth of field regardless of the aperture. I did a test shoot with the same lens with the aid of a gal who works at the local market down the street. Adapted the lens to my new Canon RF mirrorless. With one exception, I chose lenses that work good for forest photos and portraits or weddings.

Here's the redwood photo, the lens, and the portrait test shot.

Very cool. I have a friend in Omaha who is very much an avid photographer... I had two Carl Zeiss lenses from the 1970's that I bought for a Yashica FR-II that used the Contax bayonet mount common to the Zeiss lenses. I had sold the camera, but the buyer didn't have what I was asking for the lenses, so I kept them. For more than forty friggin' years. One day I told this friend about them, and he wanted them. I just gave them to him, because I figured there probably weren't any cameras still being made that they would work on, even with an adapter. A 50mm and a 600mm telephoto. He bought adapters and put them to use right away.

I don't even want to think about how much those lenses cost me back in the day... I'm pretty sure I had close to $2500 into the two of them. But, after that many years... I was happy to see them actually in the hands of somebody who would use them. I pretty much lost interest in photography when the digital cameras started making it hard to find film locally. I must admit, though, that I can't help looking at the new ones, on occasion.

I rather assumed that the modern lenses for digital cameras required electronic hardware in the lens to work with the cameras. I'm guessing that's not necessarily true.

JeffGu said:
I rather assumed that the modern lenses for digital cameras required electronic hardware in the lens to work with the cameras. I'm guessing that's not necessarily true.
Click to expand...

There are twist on adapters. Then there's mount change components too, that could convert the lenses you used to have to fit Nikon or Canon without an adapter. Then there's some adapters that have a small chip which enables a beep in the camera when focus is done manually. I knew adapters existed, but didn't realize how numerous until a couple months ago when I started shopping old lenses to adapt.

I bought a Nikon 105mm, Leica R 90mm, Helios 58mm and the old Canon FD 300mm. Bet the Leica lens I bought for $280.00 cost the equal of today's $2000 back in its day. Some of these old lenses have exceptional quality, and at least in the forest, I shoot manual focus even with my auto focus lenses.

Here's the only shot I tried with the Helios. Turns out its adapter conflicted with a 2nd adapter on my Canon EOS R mirrorless, but will work find with my regular DSLR. I barely squeezed the one shot before the camera locked. This lens is supposed to have swirly bokeh. The Helios 58mm came with a swapped mount for Canon EF

mdvaden said:
You may find interest...
Click to expand...

Ha! Actually, after posting about this, I couldn't resist. I actually spent about two hours googling the intertubes and was surprised to see how many of those great products of the past are still around. As you mentioned, a lot of adapters... many more than were available back when I was dumping money into the stuff. And all those old camera bodies are still around, being sold for pennies on the dollar. The lenses do seem to be what people are after. The heft and quality of those old lenses still holds some appeal, I guess.

I had to stop looking, though. It was always just a hobby, to me, and I still have more of those than anyone really needs. I really just need to pick up a decent camera for taking pics for posting to forums and a couple of websites that I still maintain. I'm pretty sure I can probably find something suitable in the $200 to $300 range. Video capability better than my Go Pro would be nice. Something that will take a 64gb SD card would also be nice. If you know of such an animal, please offer any suggestions! I've been away from all of this for a long time.
M

Maybe some tree guy named Levi may recognize his wife from once upon a time in Prairie Creek redwood park.

How about some structure. Try Full Screen view, settings on HD and volume as desired.