Mark J. Chisholm is a third generation arborist who works along side his father Steve, mother Laura and brother Stephen, for the family business the Aspen Tree Expert Co., Inc. Mark has been climbing trees since around the age of twelve and admits that it is still his passion today. 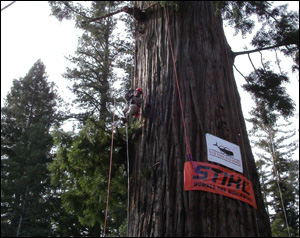 Speaking on such topics as advanced climbing and rigging techniques, crane removals, E.H.A.P, aerial rescue, cabling and bracing, competitive climbing, proper pruning and worker motivation, tree care companies and organizations alike enjoy the refreshing approach Mark takes to education. He is a repeat demonstrator at such tradeshows as TCI Expo and ISA Expo as well as lecturing at Rutgers University, Cornell University and Hofstra University. One of his most satisfying duties is to perform on the job training for professionals around the globe. Mark is also involved with special projects including scouting with the USDA for the Asian long-horned beetle throughout the North East and measuring the tallest trees in his area for the CAA. Another avenue taken by Mark is that of a published author, with articles appearing in both "Tree Care Industry" and "Arborist News."

Tom Dunlap started his career in tree work like most, dragging brush. When Tom was 12 he began working for a pickup and chainsaw company. While working through the Forestry program at the University of Minnesota he realized how much fun it would be to climb and rig trees. After pestering his boss for a couple of months he was given the opportunity to remove his first tree. A few years later, after finishing school, Tom started Canopy Tree Care in 1979. In 1986, while attending Arbor Expo in Philadelphia, Tom listened to Don Blair and realized that there were ways of doing tree work that were more fun, safer and more efficient. Soon after that, he attended a four-day workshop with Dr. Al Shigo. His conversion to Modern Arborist was complete. Contact Tom 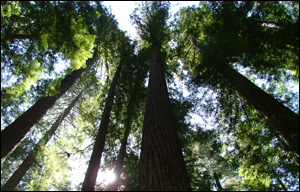 Since then, Tom has been active in learning and teaching both the science and field skills that are necessary for an arborist to practice Modern Arboriculture. For many years Tom has served as the Program and Education and Tree Climbing Championship chair for the Minnesota Society of Arboriculture. Planning and teaching at the Electrical Hazard Awareness Program has been an annual project also. Tom is a frequent speaker at trade conferences. Presenting talks on pruning, rigging and business practices has kept him in contact with arborists around the United States. In 2001 Tom has been to six ISA Chapter Tree Climbing Championships as a Judge or Technical Advisor. The knowledge gained from attending the International Tree Climbing Championships has benefited all of the participants in the chapter Championships.

One of the most important goals for Tom is to see that climbers are able to integrate safe, modern skills into their daily work. With the proliferation of new tools and techniques, Tom believes that climbers will be able to have longer, productive lives. By researching and adapting techniques from other aspects of the vertical rope world like mountaineering, rock climbing and search and rescue, Tom has been able to make the lives of tree climbers safer and more productive.

Robert Phillips has been working with trees for over twenty five years, blending yesterday's knowledge with today's technology. He has contributed, through the years, his ideas to columns in both the Arbor Age Magazine and the National Arborist Association's Tree Care Industry Magazine. The articles in the magazines ranged from non-injurious low impact tree climbing techniques, rigging for removal, and the proper use of the equipment involved in performing such job tasks.

He has also helped to develop, with the National Arborist Association, a two part video on rigging for removal. In addition, he has worked with The International Society or Arboriculture to develop a five part video on basic tree climbing skills.

He has been competing in the Tree Climbing Competition for over four decades. He works with trees everyday, either in the field or as an "in the field" trainer of today's ideas. Robert is a certified arborist with the International Society of Arboriculture. Contact Robert

Richard Wright is a nationally recognized leader in the field of rope and confined space rescue training and consulting with over 23 years of experience and thousands of students to his credit. He has worked with every area of emergency services including fire, EMS, police, and industry. Richard's career began as a firefighter/paramedic in Panama City Beach, Florida where he achieved the rank of Deputy Chief before retiring to begin his professional consulting career in May of 1990. In this capacity, he was an integral member in some of the most influential rescue training programs and organizations in the nation prior to establishing his own company, Wright Rescue Solutions, Inc. As President, Richard is responsible for development and implementation of all programs and services. Contact Richard