Got together with a couple friends and maintained appropriate separation more or less to climb the biggest white pine out in back of where I live in Massachusetts. Looks like solo rec climbing only for the near future, the state just ordered shutdown of non-essential businesses and activity.

The white pine is humbly named after Wampanoag chief Metacomet who waged war against the Puritan colonists for 2 years in the mid 1670's. One of his raiding parties killed some of my family ancestors at Reverend Rowland's garrison house in Lancaster, MA. The Puritans blamed the Metacomet rebellion on their own failure to be pious enough. Metacomet thought differently and initiated action after two of his braves were hung on what we would call misdemeanor offenses today.

The small road past where I live is said to be the main native American route from Concord, MA to Mt. Watatic and then Mt. Modnadnock in southern New Hampshire. Here's Monadnock (a third of the way from the right) on the horizon with my camera zoom maxed: 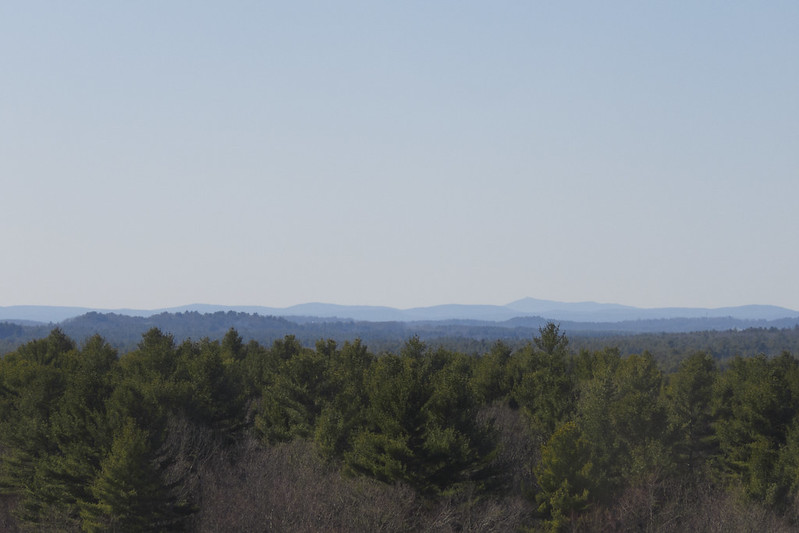 My friend Paul on ascent 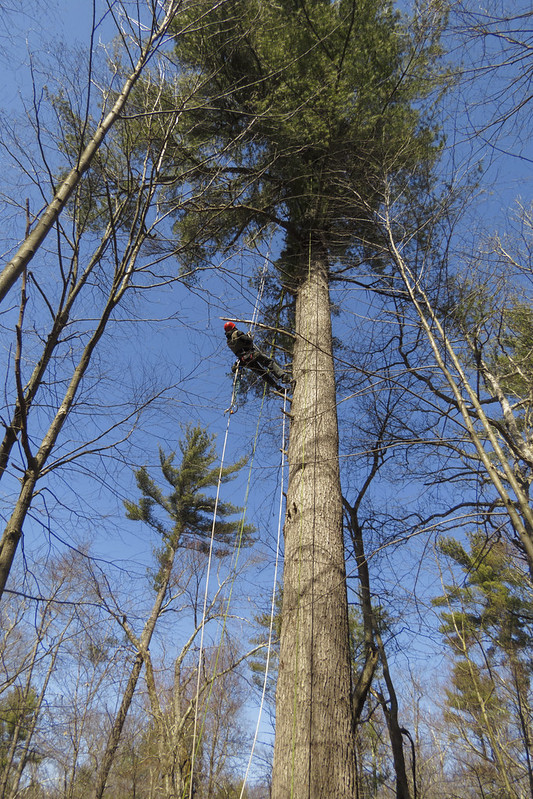 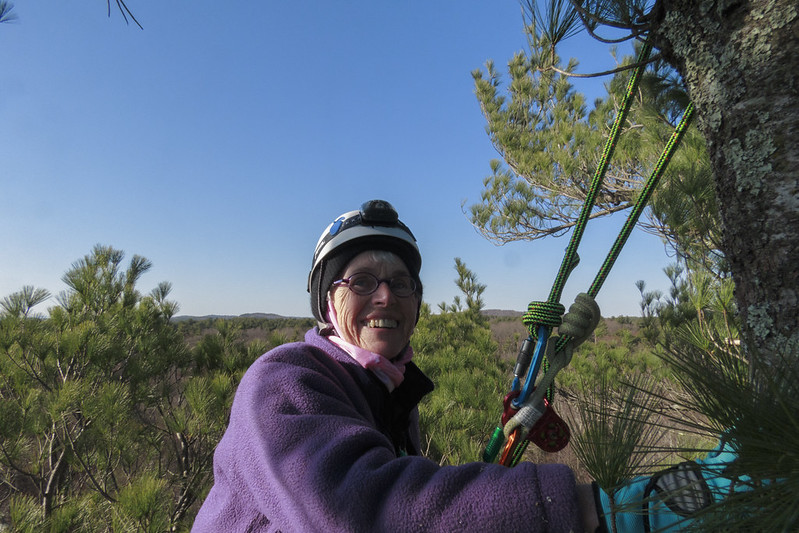 My 90' foot "Woods Lanyard" configued in retrievable mode for descent out of the top. I did the entire climb on this line, three down pitches to get out of the tree, the slic pin bow shackle worked well. This proved what I was hoping, I can access and rec climb the biggest forest trees in my area with a lighter to carry into the woods climbing system. 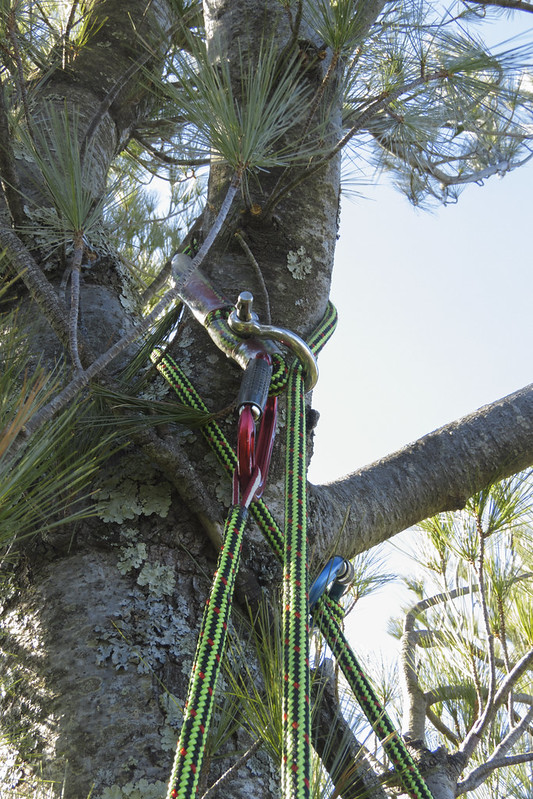 All the photos here