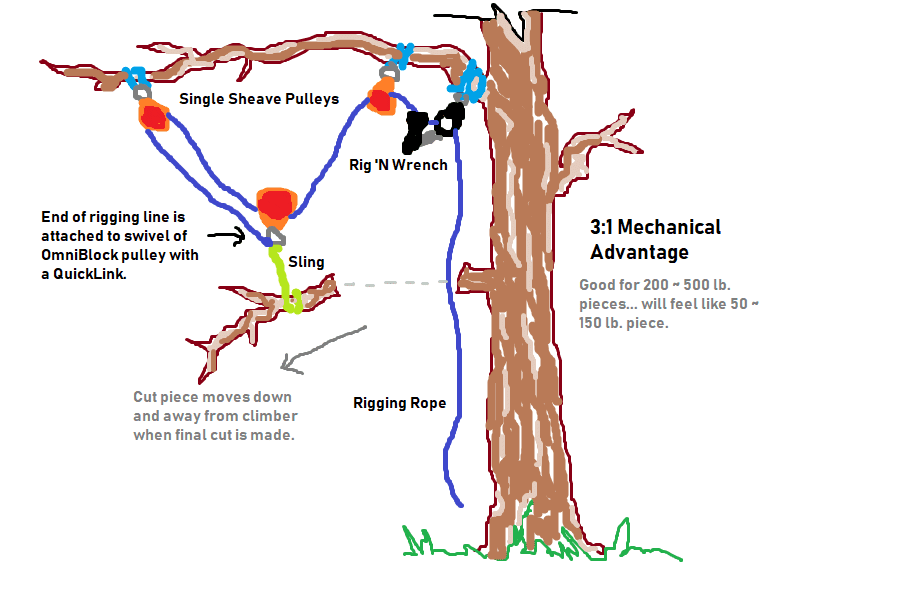 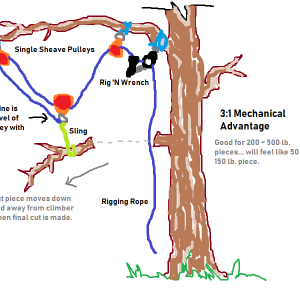 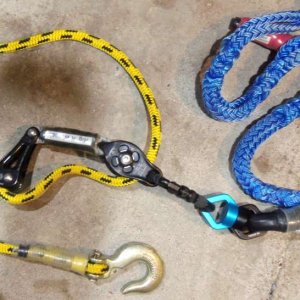 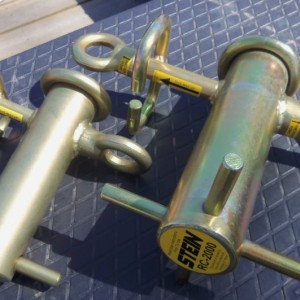 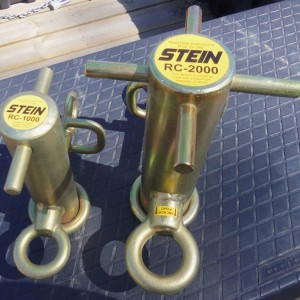 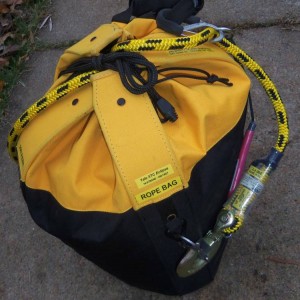 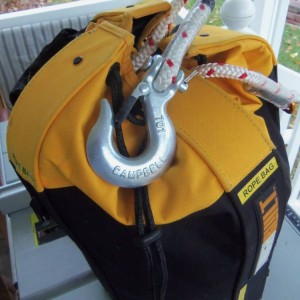 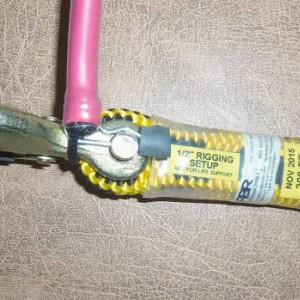 3:1 DWT with RnW and OmniBlock Pulleys

The RnW would actually be close to the climber, and further away from the pulleys, but scale is an issue trying to draw things with Paint.
Click to expand...
Reactions: LordFarkwad, fall_risk, RopeShield and 8 others
Intuitively, this seems like it would put undue pressure on the tip end of the rigging branch
It is assumed that the anchor points would be chosen with the expected forces kept in mind. It works regardless of whether the pulleys are on the same branch, this is just an easy way to picture the setup principle.
Thanks for creating and posting this illustration, @JeffGu. I appreciate the effort, and will keep this in mind for future experimentation. It looks like it could be fun to play with.
you may need 2 or 3:1 ma to lift a limb, but not to lower it
This is actually an example of using MA with a Rig 'N Wrench, which has fixed friction with a given rope and load weight... to increase the load capacity while still allowing lifting... in the gallery, the original context isn't presented. The decreased speed of movement of the load, and decreased load felt by the climber (who is handling the piece) and the travel direction of the load were all considerations in the context because the climber is handling the rigging as well as the cutting.
I sometimes use a frictional poor man's version of this but more plain double whip tackle. In concern for loading points I tie the rope instead of pulley at branch tip, tie it just far enough out to cause move away action. Then I natural friction where I don't have a rigging wrench and use a carabiner with sling on the target branch. I understand I'm giving up doing 500 lbs just out of prudence twerking the rope through the carabiner. But, Jeff, your tip pulley does its doubling of rope force trick out at a vulnerable point and transients are accentuated by use of pulleys where the carabiner offers some damping friction. By having my points just far enough out they are nearly vertical taking out the vector force rise also. So I get near 50/50 of the load 2 or 3 feet apart as close to the spar as viable. Sometimes the rigging wrench location for me is a carabiner plus sling redirect. Or in your drawing it would be the redirect pulley.

I could see moving your placements to more-vertical up your lines and lessen vulnerable loading and run with it. And still get the move away. But the doubled load point is still meh or whatever word I can't think of, not great, just some thoughts
Yes, the drawing is something I whipped up in a few minutes with Paint to demonstrate the principle to someone... it's not to scale, and no room to draw it to scale without it being the size of a wall mural.
For the loads involved the outer pulley would still be on 6~8" wood, or on an entirely different limb. The last time I used this setup was on a Siberian Elm removal and both pulleys were on separate stems quite high in the canopy. Rope angles were only about 60 degrees or so.
Just thinking later it bubbled up from the recesses that my doubling up comment really should mean neglecting vectoring, it's a 2/3 to 1/3 loading split. Would you consider putting the 2/3 pulley by the trunk, putting the 1/3 redirect pulley out at the outer location and then redirect the single rope back along the branch to the friction device, maybe with a downward redirect. This would reverse the locations of the 2/3 and 1/3 loads, maybe useful if you have to operate on a lateral branch like the drawing.

A little extra fuss but opens up the safety margin. Makes sense? Hope I explained and didn't confuse my idea.

I like how you went to 3:1 vs a normal double whip.

Another thought, if the along branch rope actually angled upward from the branch to the redirect on the stem a little higher up the stem it relieves a little more load off the new 1/3 point. Even a little separation angle contributes.
The MA doesn't add any extra loading at either anchor, the loads are virtually equal (minor differences due to rope angles, friction, and the fact that there is more rope on one side and therefore a little more elongation and energy absorption... can be safely ignored) so changing the basic config won't change that.
Excellent diagram. Thanks again, Mr. Gu.

This is complicated - I don't understand how the loading is equal. Is it because there are two legs of line on the right side as well (the line going through the rightmost pulley and friction device)?